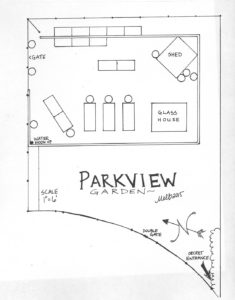 Note: Garden programming at Parkview has been put on pause during construction.
The garden has been a beloved classroom at Parkview Elementary since 2007. The current garden (moved in 2016) is tucked behind the school playground and was built thanks to the vision of the Parkview PTO. The fence is lined with espaliered apple trees. Additional fruits include plum, pear, kiwi and blueberries. A three-bin composting system has expanded the compost possibilities in the garden and various raised beds with permanent trellises allowing for the cultivation of various vegetables and herbs. A small greenhouse allows for starting crops indoors and providing starts for not only Parkview’s own garden but also the wider school community. 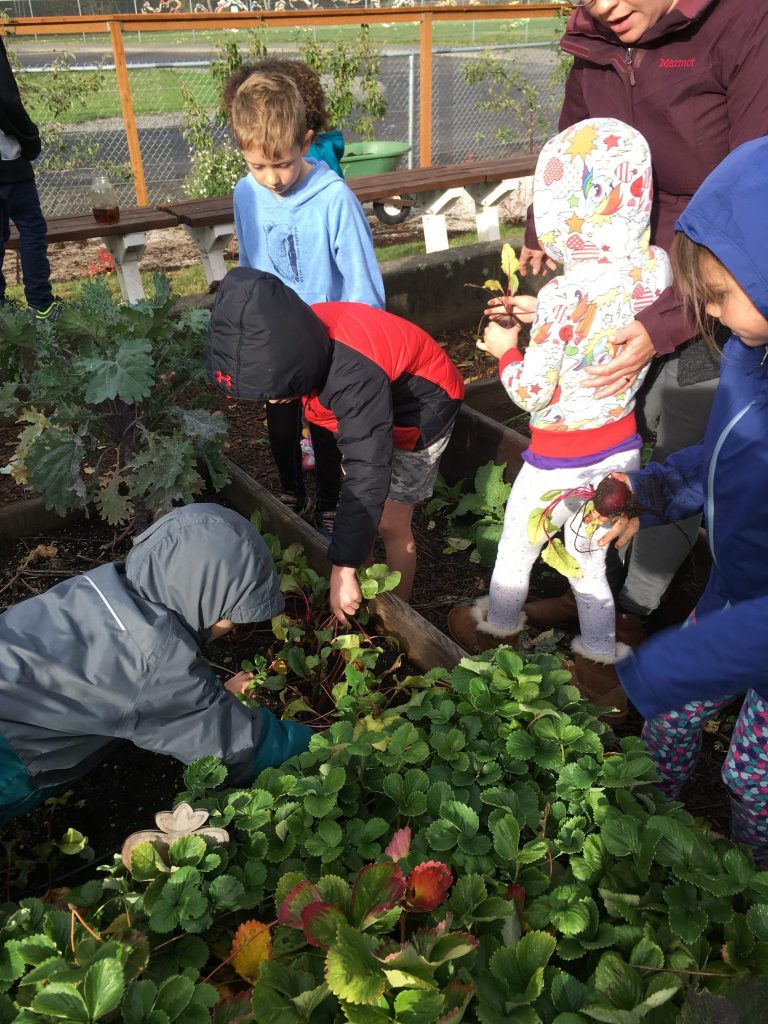